Apple has announced the new changes that will come with the new OS update. We’re excited with a lot of things specially the update on iMessages and the option to delete stock apps (finally!).

We’ve all been frustrated with the lack of option to delete the useless stock apps that sit  on our home screen gathering dust and wasting our phone’s precious space. Finally, Apple listened. It wasn’t announced during the WWDC but those  who were able to  update their phone’s with the iOS 10 beta saw something odd — the once untouchable stock apps can now be deleted! Just be reminded that if you delete  some stock apps, it might affect some performances of the phone, so we advice that you read on this first before saying goodbye to any app.

Apple said that the messages  app is the most used app in the iPhone. Having learned that, they must’ve felt that there’s a need to liven things up in our inbox and the way we communicate. The demo we’ve seen from the event didn’t disappoint. Here are the following cool changes we will surely be abusing and thanking Apple for for a long time. 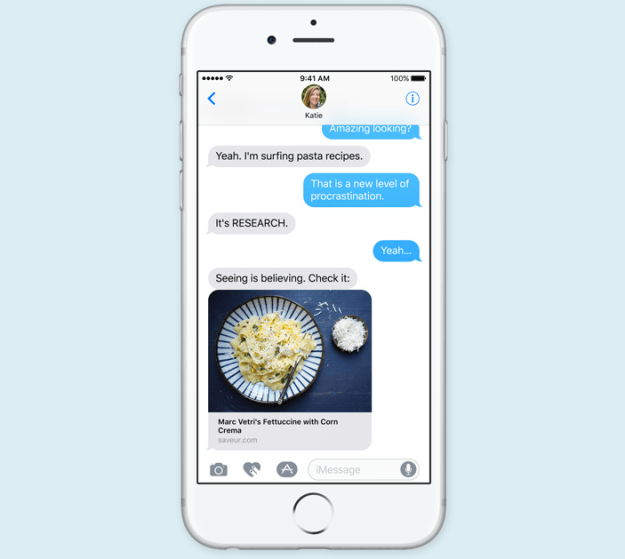 These are just some of the really awesome things in the new iOS 10 which will roll out this fall.

Be sure to check out our WWDC 2016 hub for all the latest news from Apple’s big developer event.

Rozzette Anne Reyes is a graduate of University of the Assumption with a bachelor's degree in Psychology. You can find her online, sharing funny cat videos or tweeting about her writing progress. You can follow her on Twitter at @noitszette and on Instagram at @roanrey.
Related Posts

Life doesn't simply happen. It doesn't make a fulfilling life by itself too. You need to…

[Quiz] Which Chocolate Brand Are You?

In celebration of the International Chocolate Day, Dangling Mouse is giving you this quiz! Which…

Did you know that today in 1988, Stacy Allison Climbs Mount Everest? In the 29th of…

By continuing to use the site, you agree to the use of cookies. more information